The Taihu stone comes from the Lake Tai, most Taihu stone are used to decorate the garden. This giant Taihu stone weights about 50,000 kilos, it shapes like a small mountain, it contains four traits “Thin, wrinkled, hollow, clear”. The calligraphy means that the stone could bear heavy burdens, also means the highest place of the officials in Han dynasty.

Besides the giant stone stands a Ginkgo tree, it has been hit by thunder in 2008, but after years of care by the gardener, the tree remain sturdy and vigorous. Ginkgo tree can purify the air, and also has wind-break and sand-fixing function. It takes about 30-40 years for the Ginkgo seed to grow become a tree with fruit. There are many flourishing Ginkgo trees in the hotel, those age at least hundreds years old. 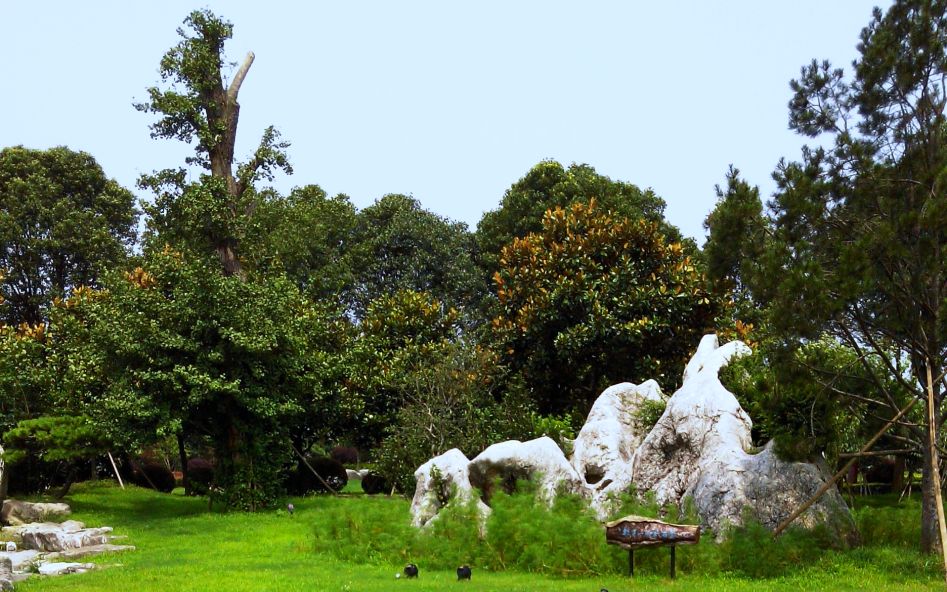 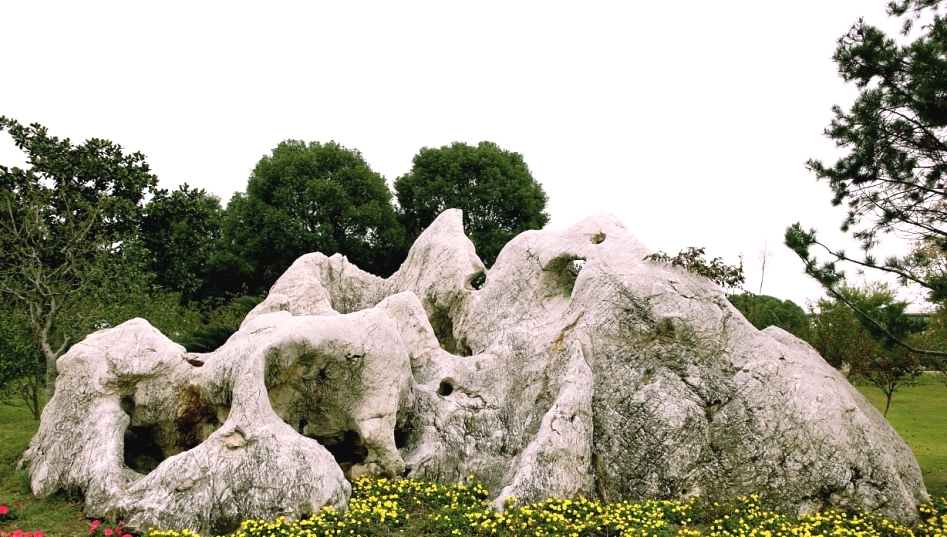 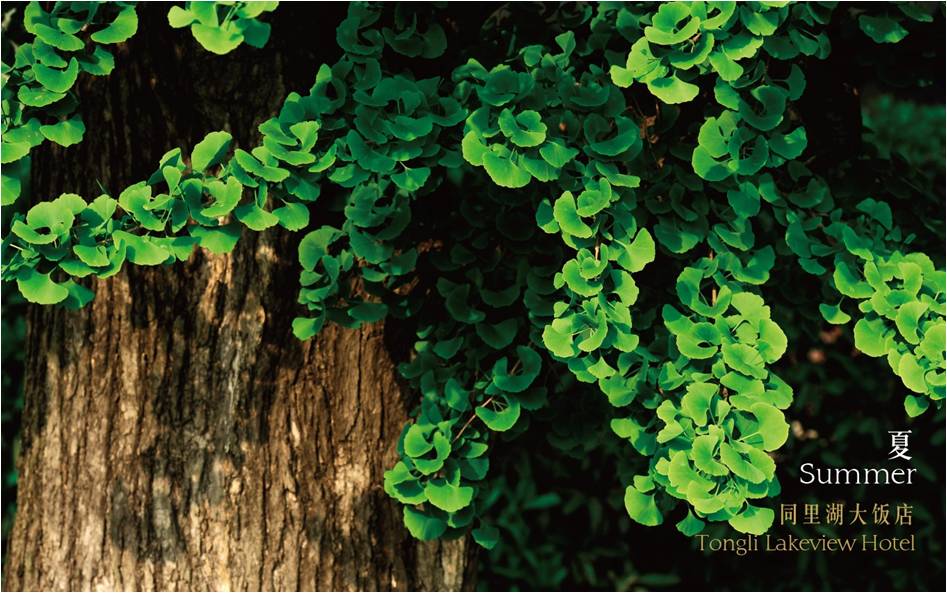