Tongli Lakeview Hotel was launched in 2004, which proudly presents the Jiangnan Chinese Garden spirit in its 100,000 square meters venue.

The main structure of the hotel is putting a few crucial concepts: The shape of jade and the structure of Hakka earth building complex. The colors of the architecture are mixed with Suzghou garden culture and Shanghai Mansion.  Hotel presents a collection of rare Chinese stone, antique and precious cultural heritage. Hotel is not only equipped with state-of-the-art facilities but also offers guests a tranquil Chinese cultural elegant atmosphere.

The hotel has been rated as a "Golden leaf green travel hotel" by Chinese National Tourism Administration. Which means it holds a belief of sustainability, green production, green consumption and green service. Many "Golden leaf" hotels in China have already used these green  concepts.

However, Tongli Lakeview Hotel has done much more than that. As strolling in the yard, you will also see old trees saved by gardeners, old parts of Suzhou house, and ancient paving stone with hundreds of years history. These precious heritages from different dynasties and varied places have found their new lives here and will live with our descendants for more centuries.

2017 Mar. - Profiled in Travel & Leisure for "the best healthy-lifestyle hotel"

2018 Sep. - Profiled in  the most popular parent-child resont hotel in East China by the 15th Golden Pillow Award of China's Hotels

2019 Feb.  - Profiled in the best parent-child  resort  hotel by YAOCHUFA

2019 Sep. - Profiled in  the most popular parent-child resont hotel in East China by the 16th Golden Pillow Award of China's Hotels

The logo of the hotel is an oval-shaped moving cloud and flowing water. It resonates the outlook structure of the hotel, also speaks its impression of locating right close to the Tongli Lake. The logo is a visualization of the water and architecture concepts, using the combination of gold and silver to create a modern touch and a strong visual impact, also representing the high self-requirements of the hotel. We also add a Chinese calligraphy touch into the design, which shows the tenderness and splendid spirit of Jiangnan culture. 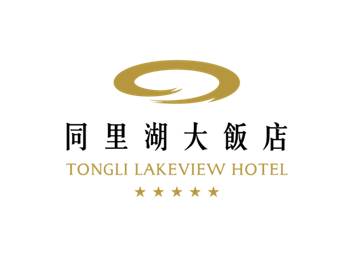 The main structure of the hotel is designed by Architecture World from Taiwan. Using a few crucial concepts: The shape of jade and the structure of Hakka earth building complex. The colors of the architecture mixed the Jiangnan garden culture with Shanghai Mansion.

Tongli's history can be dated back to 6000 years ago. During mid 1970s, there was the  "Song-ze Culture", which was famous for its jade-ware. Tongli has been an abundant and rich society since then. Hotel is using the shape of jade jue (half-circle shaped are jade artefacts) as the design concept of the hotel. It offers you to indulge into the vibe of traveling back to the ancient time.

The structure design of the hotel is originally derived from Hakka earth building complex, using core concepts of: The central axis, yard design and aisle design, and putting all the concepts together to create a beautiful and modern building.

Hakka earth building complex of Fujian province has already became world cultural heritage, it is one of the most characteristic housing styles of China and of the world. Nowadays, we know very little about this authentic way of living, the hotel is bringing this concept to its design to provide guests this authentic living style experience.

As you traveling in Jiangnan, you will always be drawn into the elegant combination of the white wall/gray tile architectures. Buildings in Jiangnan has always using this minimalism spirit to create harmony with the nature, which resonate the concept of Chinese garden planning philosophy.

The outlook of Tongli Lakeview Hotel is using these two minimalism colors but also using a special-made kiln burned bricks to create a similar looking of ancient Shanghai mansions. This combination brings a visual freshness to guests staying at the hotel. 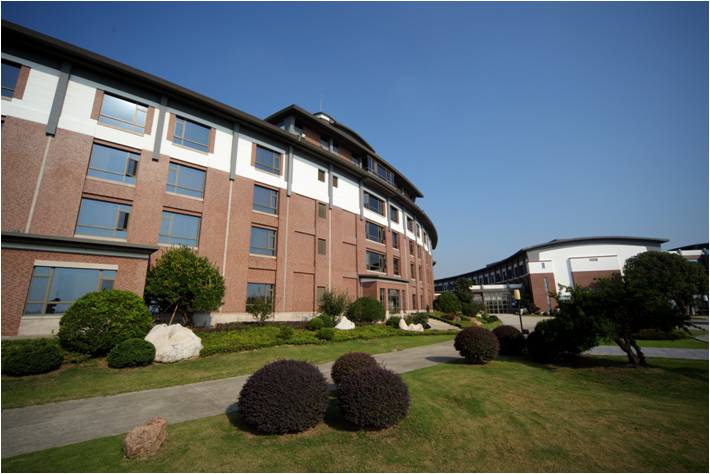